With its decentralized design, Arweave aims to make information permanence cost-effective and scalable. The protocol serves as the foundation for the Permaweb, a future version of the internet in which webpages and apps are maintained indefinitely, and information provenance can be tracked. Arweave stands out among the plethora of decentralized storage network solutions now available because of its unique blockweave design, miner content control standards, and competition-based approach. Arweave is the world’s first blockchain to provide permanent data storage. However, its functionality is multifaceted since it also provides services such as financial price feeds and the creation of nonfungible coins from music soundtracks. Keep reading to find out more about Arweave, also known as AR.

What is Arweave (AR)?

Arweave is a software piece that aims to store files over a distributed network of computers permanently. Its purpose is to create a digital archive that would last indefinitely.

Arweave shares many similarities with other decentralized storage systems like Filecoin and Sia, both of which employ cryptocurrencies to build marketplaces for users to buy and sell data storage services. Aarweave aims to disrupt a market controlled by established storage powerhouses such as Google, Amazon, and Microsoft.

But what distinguishes Arweave from its rivals, though, is its dedication to permanently preserving data via unique incentives based on its AR cryptocurrency.

Because of Arweave’s architecture, it could theoretically be possible for anyone who stores data to earn money even after paying for its decentralized storage service.

Furthermore, files saved on Arweave may be accessed using standard web browsers without needing a specific wallet or blockchain service. Another major feature which is in Arweave’s plan is a voting system that would allow people to filter illegal content.

Sam Williams and William Jones, both Ph.D. candidates at the University of Kent, co-founded Arweave. Williams had experience in decentralized and distributed systems to the project, having created HydrOS as part of his studies, whilst Jones’ expertise was in graph theory and neural networking. Jones quit the project early in mid-2018 and finished his Ph.D. At the same time, Williams withdrew from the graduate program to focus on the startup.

Williams stated that he came up with the idea while trekking up a mountain in Scotland, subsequently introducing the notion to Jones, with whom he developed the technical aspects.

Archain was the initial name for Arweave in 2017; however, it was rebranded in 2018 when the Arweave team was accepted into the Techstars startup accelerator.

Even though Arweave was formed with centralized leadership, in January 2020, it established a decentralized autonomous organization with key community members to continue the network’s development and ecosystem.

Arweave announced an extra $8.3 million in financing in March 2020, which will expand the Arweave community of users and creators.

Williams went on to become an adviser to Minespider. This firm provides blockchain-based supply chain tracking for the raw materials market and a coach for the Techstars accelerator program after founding Arweave.

Arweave isn’t a blockchain in the traditional sense. Arweave maintains its data as a graph of blocks rather than a chain of blocks. These graph blocks include transactions and data as other cryptocurrencies do.
Each block in Arweave is linked to two previous blocks, making a “blockweave” structure. In Bitcoin, on the other hand, blocks are linked in order to build a chain.
Arweave employs a different approach termed “proof-of-access” instead of asking computers on its network to compete to solve a mathematical challenge as Bitcoin does.

In a nutshell, Arweave needs each computer in the network to verify that a new bundle of transactions has a randomly picked marker from a previous bundle.
New transactions can be added to the network if that marker is present. A reward in the form of AR cryptocurrency is granted to the computer that adds a new bundle.

Proof-of-access allows machines on the Arweave network to verify that all new transactions are correct and that existing transactions have not been tampered with.

The freedom for everyone using the program to pick the sort of data they want to save is another feature of the Arweave network. Content moderation is how Arweave refers to this procedure.

In other words, machines on a network may choose what kind of material to host.

It’s possible that they just wish to host audio files rather than photos. Arweave will ask each computer if it wants to accept new material when it is posted to the network.
Users who do more intensive data storage will be paid a higher percentage of transaction fees as an incentive.

Arweave is the first blockweave currency ever created. Blockweave is a data storage technology that allows digital assets, including transactions, smart contracts, Web pages, movies, photos, and more, to be permanently stored on its own blockchain. To put that into perspective, when it comes to transaction processing, the Bitcoin blockchain can only hold a few hundred bytes of data at a time.

It’s no wonder that investors are enthralled by the technology. With a market capitalization of $2 billion, it is among the most valuable cryptocurrencies in the world.

Moreover, the Arweave network’s currency is AR. Users who want to store data must purchase AR tokens to pay for distributed data storage, and machines on the network that provide storage services must accept AR tokens as payment.

The quantity of AR tokens in circulation is limited to 66 million units, which is important to investors. 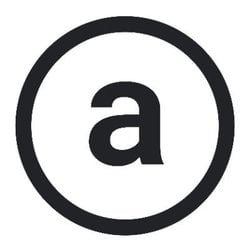 You can buy Arweave on well-known exchanges like Bitunivex. Here at Bitunivex, you can purchase Arweave with credit, PayID, or AUD. You will always need a wallet to keep your bitcoin safe, no matter what type you buy. Bitunivex also offers wallet services. We are here to assist you in selecting the most appropriate wallet for your funds.

Is Arweave Real and Safe?

Considering the unique technology that Arwearve, i.e., AR, is offering and its good performance in the market, AR seems real and safe to invest in. Click here to invest in AR on Bitunivex right away.

Can I Cash Out Arweave Anytime?

If you are wondering how to get money out of your crypto investment, go to your crypto exchange. Examine the exchange’s regulations to discover what services they will supply you before using their platform. Bitunivex, for example, offers wallet services and lets you deposit and withdraw in Australian dollars. Furthermore, you must have access to the greatest customer service in order to receive the best services.

Bitunivex is dedicated to providing you with the best possible customer service. We value your request and will do everything we can to respond to you in less than three minutes.