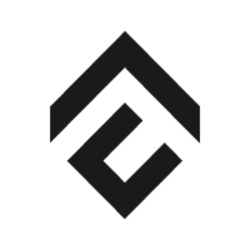 Cryptocurrencies claim to have different functions and specifications. In addition, cryptocurrencies primarily function outside most existing financial infrastructure since any public or private entity does not back them. Crypto is a digital currency as a medium of exchange; it uses a computer network and does not rely on any central authority, such as a government or bank.

What is Conflux (CFX)?

Conflux Network is an open protocol for DApps, finance, and Web 3.0. It is a fast and secure public blockchain that combines Proof of Work and a Tree-Graph structure to power a new generation of decentralized commerce. As a high throughput first layer consensus blockchain, Conflux utilizes a unique Tree-Graph consensus algorithm. This algorithm enables the parallel processing of blocks and transactions for increased throughput and scalability. Also, Conflux is a barrier-free blockchain enabling creators, communities, and markets to connect beyond borders and protocols.

The Conflux Foundation has described the pattern of distribution of the CFX. The Foundation distributes the genesis tokens among the Core group and the Community and Ecosystem building.

Dr. Andrew Yao at Tsinghua University first developed and introduced a native token known as Conflux (CFX). Conflux headquarter is in Beijing, China but has expanded its operations to Toronto, Canada, and Lagos, Nigeria. Conflux bridges Asian and Western communities and economies.

How Does Conflux (CFX) Work?

Conflux Network is a proof-of-work (POW) blockchain to eliminate the blockchain decision-making problems while offering a secure, scalable, and truly decentralized network. Conflux Network aimed to serve the next generation of financial applications, e-commerce, and Web 3.0.

Conflux network adopts the proof-of-work (POW) protocol similar to that of bitcoin. Bitcoin enables serial transaction processes; in contrast, Conflux processes transactions in parallel to employ a unique Directed Acyclic Graph (DAG) structure. Conflux provides a consensus protocol known as Tree-Graph. The Tree-Graph protocol improves the scaling capabilities relative to existing networks. The Tree Graph structure is the consensus algorithm that, combined with the POW protocol, ensures the Conflux step further in the next generation DeFi.

Furthermore, the Directed Acyclic Graph (DAG) structure must decide on two questions: first, it must determine the blocks’ validity and incorporate blocks into the blockchain. The second question addresses the technique to process valid blocks. A formally correct block is accepted into the protocol and arranged as a Tree-Graph. Conflux also uses Greedy Heaviest Adaptive SubTree (GHAST) technology to assign weights to the blocks in the Tree-Graph. GHAST technology regards the heaviest weight block as the key chain.

The network also adopts Turing-complete smart contracts enabling developers to build decentralized applications on the platform. This is similar to the Ethereum network; however, the Conflux network throughput is relatively higher than Ethereum. In practice, Conflux can process about 4000 transactions per second.

Conflux Token (CFX) generated at the genesis block is fixed at 5 billion. The CFX holders can use it as a store of value, as mining rewards, and exchange it into fiat currency or any other cryptocurrency. The CFX distribution method is very secure and transparent. Furthermore, CFX Token is either liquid or illiquid.

Illiquid Token, or blocked Token, holders cannot immediately use them. Illiquid Tokens exist in three forms: stakes (staked tokens for future interest), bonded storage (used to purchase network space), and used to buy votes in network governance. the cases above lock up the Tokens for a determined time.

Liquid Token holders can immediately transfer and use them on the platform. Liquid Tokens holders can use and convert the same tokens multiple times, even if they invest Tokens in a DeFi product or stake them in a platform governance mechanism. Liquid Provider Tokens help solve the problem of limited crypto liquidity by providing the crypto holders with owning tokens instead of staking them.

Conflux future is seemingly promising; because it is a newly developed solution to alleviate current blockchains like Bitcoin, Ethereum, and DeFi blockchains’ shortcomings. The Conflux network solves the blockchain speed, security, and scalability problems while providing solutions to other blockchain problems. Conflux is an insightful network; it advances further by providing bootstrapping initiatives for its economy and community.

Additionally, Conflux offers mining rewards and user rewards benefits. Conflux is an opportunity to deploy smart contracts and other DApps on the network, thus positioning it as a platform for open, next-generation financing.

Is Conflux Real and Safe?

The Conflux Network enjoys features that make it very convenient for usage. Some of these features include:

The Conflux Network is open source, meaning that anyone can share modify it. However, you should ensure that the software is free from bugs and can operate smoothly. Additionally, it includes developers in its bug-finding stages. At these stages, developers share their opinions or any bugs they find in the code with the project owners. The CFX project is permissionless, facilitating the secure transfer of valuable assets quickly and efficiently with a minimal fee. The permissionless blockchain enables The Conflux Network to dominate decentralized economies by being transparent and using staking features to benefit the token holders.

How to buy Conflux?

You can buy Conflux Tokens, or you can mine them. As a common user, the Bitunivex Exchange recommends you to use a Conflux wallet like Conflux Portal, which is easy, safe, and user-friendly. However, we recommend developers that want to compose and send a transaction in their program to use one of the following languages:

If you have decided to buy Conflux, you should first open an account on an exchange that supports CFX. You can check out the Bitunivex.com crypto-list to see the options. Furthermore, remember that most Cryptocurrency Exchanges require an email address, phone number, and proof of ID to register. Having completed the registration, you should deposit funds into your account and buy Conflux.