We are going to describe Mina cryptocurrency. Mina protocol, the host protocol of this crypto is the lightest blockchain (22 KB) with a fixed block size. Compared to other blockchains with 300 GB, it is so rapid. This blockchain has offered its unique token of Mina.

According to the Coinmarketcap, it ranks #90 in the crypto market. The initial supply of this token was welcomed. In the following, we want to talk about how you can buy, sell, invest, and the future of this token.

With the popularity of blockchain technology, the number of stored transactions has increased considerably. For example, Etherium’s blockchain capacity was more than 5 GB in 2016, rising to 220 GB until April 2021. During these five years, millions of transactions were added to the blockchain.

To overcome this problem, the team behind the protocol used the ZK-SNARKS crypto method to make a blockchain without a historical record.

It has been supplied with Mina protocol. This protocol is the first crypto-compressed one. Instead of heavy computational power, it uses ZK-Snarks solution.

This protocol pays Mina crypto to the Block builders. The users who stake the token also receive rewards. This token is dividable into 1billion smaller pieces of NanoMina.

This crypto protocol uses Ouroboros Pos algorithm, the same algorithm used in Cardano crypto. In this algorithm, users are chosen based on the number of tokens they have staked. In other words, there is no competition on block building.

The protocol believes that if more users can perform the nodes, then more nodes are created.

This protocol is a concise one because this protocol has a small and brief blockchain. The protocol minimizes the implementation of decentralized DApps programs through decreasing computation volume.

History and Founders of Mina Cryptocurrency

This protocol was launched in 2017. Evan Shapiro, one of its founders, has a bachelor of Computer science from Carnegie Mellon. He has experience job as a software engineer in Mozilla Company.

Another member of the team is Sean Inggs, an international investment fund manager with a background in management in multiple companies.

How does it Work?

ZK-SNARKS is a key to the Mina protocol. It means this protocol doesn’t need to verify each transaction with every created block.

This protocol claims that ZK-SNARK significantly reduces the required resources for processing and registering transactions. Each participant in this protocol is needed to perform a node. Furthermore, this protocol needs two nodes to run effectively:

1- Block producers decide which transactions to be calculated in the next block. So, they are miners or blockchain verifiers.

2. Snarkers dedicate computational power to the protocol data compression and production of transactions.
Mina Protocol Structure
Participants in this protocol can play three significant roles. These roles include verifier, block producers, and Snakers.

1- The verifiers can keep the security of the blockchain. They validate the consensus data.

2- Block producers act like bitcoin miners. They produce blocks of transactions and receive the tokens from the block’s rewards. The platform stores the current blockchain status and sends them to the verifiers.

3- Snarkers or the verifiers should verify the ZK-SNARK used in the transaction. So, block producers should pay a portion of the rewards they receive for adding new blocks to the snarkers.

What is Mina Protocol usage?

Developers of this platform aim to create a network for users that they don’t need to authenticate information to access the payment systems. They dream of DeFi protocols, decentralized exchanges (DEX), and free financial markets, which work at their utmost potential and minor fees while keeping users’ privacy.

Mina is the first transaction protocol against censorship and aims to boost the traditional payment systems. It enjoys a fixed size, and every user can authenticate the ledger verification.

Transactions become snarked and then are sent to block: a transaction should be added without snarking to keep a censorship-resistant process.

New Generation of Permissionless Applications
Permissionless applications don’t need any supervision on who and how someone can use them. Everyone can access them without limitation. The information process in the Ethriumm network is on-chain. It has some problems such as network congestion, high transaction charges, and user information disclosure. This protocol has tried to remove these problems by developing decentralized applications called Snapps in this protocol’s whitepaper.

Snapps applications support SNARK and have the two capabilities of scalability privacy.

This platform lets the developer use any stablecoins or other digital cryptocurrency supplied in the protocol just by a few Javascript lines. 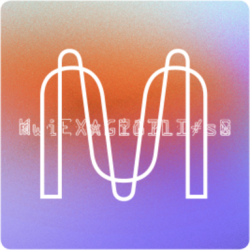 If you want to know where the best place to buy this crypto is, we recommend visiting Bitunivex exchange. Thanks to its highly secure asset management and vault system, it enjoys a high volume of transactions and a very highly secure exchange.
It is straightforward to open your free account in Bitunivex. You need just an email to sign-up. Then you can start trading. The support team of Bitunivex is available 24/7 to answer your questions!

Is Mina Real and Safe?

Yes! The structure of this protocol is such that each user can participate in the proof–of–stake consensus. This possibility ensures blockchain safety. On the other hand, the Mina protocol limits the number of block producers’ access to keep the network safe, flexibility and decentralization.
On Bitunivex, you can also take advantage of its automated verification system. It just takes a few minutes. Besides, it offers you more advanced features to control your trading.

Can I Cash Out Mina anytime?

You can sell Mina anytime on Bitunivex in real-time and at the best price and withdraw it to your bank account or store it. On Bitunivex, you can liquidate your digital assets within just a few seconds, thanks to its Quick Trade feature.
You can also set Buys & Sells at any price you want to trigger. Enjoy trading!
This token aims to decrease the volume of blockchain and lighten it. This token has had so many ups and downs since its launching. But has kept an ascending order. It is at the beginning of its route but has a promising future.