Origin Protocol is the platform that aims to enable Blockchain-powered commerce. Origin Platform allows buyers and sellers to connect and transact on the Blockchain. The project aims to reduce or remove unnecessary transaction fees charged by brokers, encourage open and censorship-resistant transactions, and give early ecosystem participants a stake in the trading network as it grows over time.

Diversity in cryptocurrencies has gained momentum in recent years. One of them is Origin Protocol. OGN coin is a network that allows market participants to share goods and services through peer-to-peer (P2P) networks. Origin Protocol coin rises and falls momentarily.

What is an Origin Protocol Coin?

Origin Protocol is a network that allows market participants to share goods and services through peer-to-peer (P2P) networks. The platform aims to create a comprehensive online marketplace that uses the Ethereum (ETH) blockchain and the Interplanetary File System (IPFS) to eliminate the need for having mediums.

The protocol allows creating a decentralized setting where buyers and sellers can connect, check existing listings, write reviews, and perform many other actions. With this characteristic, the use of assets is easy.

Origin Protocol addresses issues of current online marketplaces such as unfair transaction fees, lack of transparency, less drive for innovation, and centralization issues. The protocol creates a decentralized and incentivized environment to make business easier for buyers and sellers.

Who are the founders of Origin Protocol?

The team of the founders consists of members from more than seven countries in blockchain technology. Origin Protocol is headquartered in San Francisco and has several international investors. Josh Fraser and Matthew Liu launched the project in 2017.

Josh Fraser founded Origin Protocol and three other companies before him. They are a serial entrepreneur who has been active in the crypto space for over a decade. Fraser also worked as CTO at the social networking platform Eventvue.

The other co-founder, Matthew Liu, is a software engineer and product manager who has worked in the blockchain industry for many years. Liu worked as a product manager at YouTube.

Yu Pan, the founding engineer of Origin Protocol, worked at Google. He was one of the oldest employees of Paypal, and he also founded Kiwi Crate.

What makes the Origin Protocol unique?

Origin Protocol aims to disrupt the sharing economy by establishing a decentralized P2P network between merchants and eliminating traditional mediums. The vision of the Origin Protocol is to create distributed systems where users can promote their products. The protocol focuses on the free trade of all goods and services at market prices without the interference of third parties.

Origin aims to create a conducive environment for online market participants by providing lower transaction fees. The Origin Protocol eliminates the need for intermediaries who charge fees to process transactions. The protocol might provide access to unbiased prices for goods and services.

The protocol creates a decentralized environment where buyers and sellers can connect, check existing listings, write reviews, and more. This issue makes it easier to process fragmented assets.

Origin Protocol advances the current online market by solving issues about high transaction fees, lack of transparency, difficulty adding innovation, and centralization. The protocol creates an environment that offers decentralized and incentive options to facilitate the work of buyers and sellers.

Origin Protocol is an open-source platform that rewards users for their contributions to the network through an incentive system. Platform users, such as affiliates, are rewarded with cryptocurrency tokens when promoting and marketing listings created by merchants. This encouragement of users encourages them to keep the platform alive and grow.

Traditional sharing businesses require consumers to have bank accounts, credit cards, or other means of payment, which deprives the unbanked of access to their services. On the other hand, the Protocol of Origin allows privileged groups to access open markets without relying on bank accounts.

How many Coins of Origin (OGN) are in circulation?

Origin Protocol runs on native OGN tokens used in incentive systems, staking, governance and payments. The total supply of OGN is 1,000,000,000 tokens, of which 20.24% belong to the team.

OGN Coin is the native token used for commissions, payments, and rewards on the Origin Protocol platform.

Users can pay with OGN to stand out prominently in search results. App developers and marketplace operators can earn Origin Tokens (OGNs) by helping merchants complete their sales.

OGN coin gained popularity, especially after the Binance listing. After this listing, it seems that there has been an increase in searches for topics such as “OGN coin reviews, how to buy OGN coin”. However, some investors think that the Origin Protocol Coin is the promising coin of the market, but some think that it will see zero soon.

Why is Origin Protocol different?

Origin Protocol aims to transform the decentralized sharing economy infrastructure by establishing a P2P network between traders and eliminating traditional intermediaries. The main goal of the Origin Protocol network is to create distributed systems where users can promote their products. The protocol aims to freely buy and sell all goods and services according to the market price, without third-party interference.

Origin Protocol aims to provide a conducive environment for online market participants; and does this issue by decreasing the transaction fees.

Origin Protocol eliminates the need for mediums who charge fees for transfer transactions. It contains an improved incentive system.

Origin Protocol is an open-source platform that rewards users who contribute to the network through an incentive system. Both affiliates and users of the platform get rewards with cryptocurrency in exchange for promoting and marketing lists created by merchants. Encouraging users in this way keep the platform alive and growing.

The Origin Protocol has some features of accessibility. Traditional shared business models require consumers to have a bank account, credit card, or other payment methods. In other words, access to services becomes more difficult for those who cannot benefit from the banking system. On the other hand, the Origin Protocol allows the underprivileged to access open markets without a necessity for a bank account. 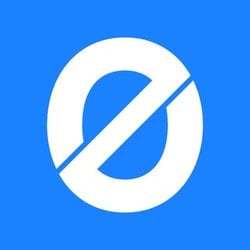 Additionally, the founding team of Origin Protocol includes one of the founders of PayPal, the first employee of YouTube, and engineering executives from Dropbox and Google. The two co-founders, Matthew Liu and Josh Fraser have already successfully founded different companies. Before investing in any currency, take a look at Bitunivex coin list to find out everything about it.

Can I get rewards with having Origin Protocol?

The utility token of the Origin Protocol runs on the Ethereum blockchain and is ERC-20 compliant. OGN can get stored in any wallet that supports ERC-20 tokens. The protocol also uses the Interplanetary File System (IPFS) to secure peer-to-peer data transfers and ensure data integrity.

In addition, you can use Origin tokens (OGN) you earn in Origin Rewards to pay for goods and services. Sellers can earn larger stakes in the network by accepting OGN as a preferred payment method.

The Origin Platform consists of smart contracts at the protocol layer, intermediary APIs that enable on-premises and third-party application creation, and the application/UX layer where the end-user interface can trade over the network. The platform has a design to be modular; Origin encourages other developers, e-commerce merchants, and marketplace operators to build their apps for a variety of business use cases.