Some famous exchange markets have listed the altcoin project Radicle (RAD). The listing news of the exchanges had a positive impact on the altcoin price and saw price peaks. These developments increased the curiosity about the Radicle project and what is Radicle (RAD)? Radicle is a decentralized code collaboration network built on open protocols. It allows developers to collaborate on code without relying on trusted agents.

RAD is the platform’s management token that enables co-ownership, collective management, and long-term sustainability of the Radicle network. Radicle (RAD) is an Ethereum token that powers Radicle, a project that describes itself as ‘an open-source, community-led, and self-sustaining network for software collaboration.’ The RAD token can provide low or zero fees when interacting with Radicle Smart Contracts.

What is the cryptocurrency project Radicle (RAD)?

Radicle was founded in 2018 by Alexis Sellier and Eleftherios Diakomichalis to develop a sustainable and equitable way to finance and sustain public software projects. While most software in use today is based on publicly available code, free software projects often lack incentives that allow developers to participate in a meaningful way. Additionally, open-source projects hosted on Github or Gitlab rely on centralized servers, which go against the nature of open-source and decentralized development.

Radicle’s initial implementation was on decentralized storage network IPFS, but a few technical complications limited its speed and functionality. In 2019 the core team decided to change direction and replace IPFS with Git as the storage and replication layer of the network. Git was then paired with a peer-to-peer network layer to discover peers and became the basis for Radicle Link, which is now the underlying protocol of the Radicle network.

Radicle was to provide a code collaboration environment similar to centralized platforms. The difference is that Radicle operates on a peer-to-peer network to eliminate dependency on trusted agents. All network data is stored locally and distributed by participants, allowing developers to collaborate on Git repositories without a central server. Released in November 2020, Radicle Upstream is a desktop client developed by the project team and is the gateway to networking.

A detailed look at the Radicle (RAD) project

Radicle does not have a consensus layer; however, the team tried to develop a new notebook known as the Radicle Registry. In 2021, Radicle deployed Ethereum integration, a solution of choice instead of Radicle Registry that allows participants to connect canonical project metadata to Ethereum. The integration is a set of smart contracts that includes the network’s ERC-20 management token, Radicle (RAD). Ethereum integration ensures the immutability of the project state, facilitates code collaboration for decentralized organizations, and provides an economic model for batch management and ownership of the protocol. Network participants incur fees when interacting with Ethereum smart contracts.

All fees generated by the protocol are getting transferred to the community-run Radicle Treasury. Radicle DAO manages the Ethereum integration of the protocol and the on-chain treasury. The first Radicle DAO decision took place in February 2021, unlocking the use of a Balancing Liquidity Bootstrap (LBP) to distribute 3.75% of the RAD supply to the community. During the 2-day event, which took place from February 25-27, 2021, only 50% of the tokens allocated to LBP got distributed. On March 1, 2021, LBP paused to meet the demand for token liquidity. A management proposal removed the remaining RAD from LBP and added them to a Uniswap trading pair on March 18, 2021.

What is RAD Token?

The use of RAD is for the collective management and co-ownership of the Radicle network. Radicle DAO consists of RAD token holders who manage the network’s Ethereum-based Smart Contract system. You can become a member of the DAO by acquiring and holding RAD. In return, holders can vote on management proposals that control the protocol’s Smart Contracts and the Radicle Treasury, which has most of the RAD supply. Radicle users can choose the Ethereum integration and incur fees when using some part of their Smart Contracts.

These fees accrue in the Radicle Treasury. RAD token holders receive discounts or waived fees in certain circumstances. Users can also pay for services and fundraising teams using RAD tokens. However, it should get emphasized that RAD is a new project. For this reason, we as the Bitunivex team recommend that you do your research before making any investment in this altcoin.

The Radicle peer-to-peer network gets complemented by a preferential Ethereum Smart Contract system that enables global names, decentralized organizations, and protocols that help maintainers keep their open source work. With Ethereum, Radicle leverages the power of Ethereum and DeFi to enable developers to own their collaboration infrastructure.

Since its launch in beta last December, Radicle has grown to more than 1,000 projects posted on the network and has garnered attention in the Web3 ecosystem.

The management token, RAD, makes Radicle the first open-source, community-led, and self-sustaining network for software collaboration. The network’s code and wealth of assets are managed publicly in a completely open manner, allowing any developer to contribute and influence the project direction, making Radicle an experiment in collective governance.

What are the RAD Coin’s advantages and disadvantages?

Radicle (Rad) Coin has both advantages and disadvantages.

Various researchers have left comments on the Radicle (Rad) Coin, which attracted the attention of many crypto money investors with its announcement. Here are the advantages that RAD Coin offers to users:

RAD Coin’s disadvantages are as follows: 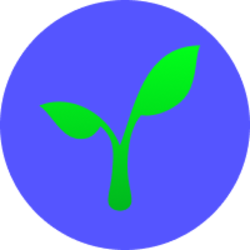 Radicle’s cryptocurrency, RAD, has received a lot of attention. Investors have shown great interest in cryptocurrency. However, some investors are still following the RAD coin and are cautious. We can understand the thoughts of investments about RAD coin more clearly with current figures.

In addition, it is among the statements made that the total supply of Radicle Coins will be 99,999,620 Radicle Coins.

How to get Radicle Coins?

RAD Coin can get purchased quickly and securely via Bitunivex. To buy RAD Coins, you first need to be a member of Bitunivex and then send fiat money. After sending a fiat currency such as dollars, you can buy Bitcoin (BTC), Tether (USDT), Binance Coin (BNB), and BUSD, where RAD Coin is traded, in the RAD trading pair.