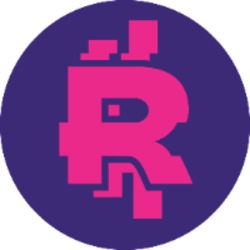 RMRK Coin is built with Kusama blockchain infrastructure and is the native cryptocurrency of the RMRK NFT platform. Thanks to the NFT Industry, investors and users are approaching RMRK Coin with interest.

The RMRK Platform aims to revolutionize NFT collections and offers endless possibilities for investors and users who want to create NFT collections. This matter means that users can now produce their own NFT collections without a need for any Smart Contracts.

As it is known, the place of the NFT market in the blockchain industry is expanding day by day. Different NFT markets join our lives every day; important stock markets make extra investments. According to analysts, the growth of the NFT market will continue very rapidly. There are currently thousands of NFT tokens available. However, one of the most remarkable ones entered the markets last month. However, this was not a usual entry. Within a month, it started trading around $8, according to coin market cup data. The upward acceleration in its chart, on the other hand, attracted the attention of investors. For this reason, users who want to be coin holders started to search for RMRK comments and analyses.

RMRK (pronounced ‘explanation’) is a set of standards on the Kusama blockchain that establishes the five ‘NFT lego’ primitives. Putting these blocks together allows the user to build NFT systems of arbitrary complexity. Additionally, taking advantage of this logic and Kusama’s multi-chain architecture, these NFTs are forever liquid and forward compatible with as-yet-unannounced projects and can be seamlessly migrated to any connected para chain.

NFTs can have other NFTs and NFTs that can equip other NFTs to change their output medium. As an example, imagine an in-game character holding a backpack with some health potions. The character can also own and equip another NFT, a helmet.

RMRK Coin is the world’s most advanced NFT protocol. Kusama is the step that works on the blockchain and creates the NFT strategies of Kusama. It acts as an RMRK Coin token for many different native utilities. Its function is to interact with NFTs in the command line and web applications.

The RMRK project was first initiated in August 2020 by Bruno Skvorc. The project aimed to create the features and tools of RMRK and RMRK 2.0, which are the basics of the NFT system. RMRK Coin, on the other hand, has started to be traded on various exchanges as a symbol of the project; it was one of the aims of the project, which is because of the developments of NFT technology in a short time.

On-chain reactions as you would expect when opening an emoji keyboard sent to any NFT. Any user interface that implements this specification can display all received statements, allowing for social mechanics and relative price discovery across NFTs.

The RMRK token is still very new, but it has accomplished great things in a while. The RMRK coin is already available on platforms such as Bitunivex and has recently got placed on different central cryptocurrency exchanges. This issue allowed its price to hover around $8. But it has already been understood that this project may come to better places in the future. Crypto money analysts have mentioned these signals, besides the coin itself. Here are some of the RMRK comments and future analyzes.

The recent appreciation of NFT technologies and protocols has created an earning potential for RMRK Coin, one of the most comprehensive and detailed projects carried out in this field. Finding the goals of creating the world’s most advanced NFT protocol by the team makes RMRK Coin unique for short, medium, and long-term investors. RMRK Coin is one of the rare instruments that has managed to stand out in the crypto markets.

A brief history of the RMRK

Bruno Skvorc created this platform. He was the founder of the Web3 Foundation and NFT 2.0 project and has enough experience in this field. The RMRK team has launched an ‘initial collection offering’ in the form of a game called ‘Kanaria’ on Kusama without using Smart Contracts. This matter enabled the crowdfunding approach in the NFT community. Meanwhile, a limited number of traded NFTs were worth $2 million. In addition, buyers gain the right to own the RMRK token (fair drop), which is available now. The remaining $4 million is collected directly from investors who believe in the NFT2.0 vision.

Next-generation NFTs are developing new standards to expand their capabilities to large areas, including:

What are the advantages of RMRK?

What are the disadvantages of RMRK?

The disadvantages of RMRK Token are:

$RMRK should have a price tag of $50. $RMRK 50M is sitting in MCAP. Much of North America is starting to wake up. Bitunivex advises those who fear missing out; do not wait until the fee goes up to 400%.

The RMRK Token aims to be the most advanced NFT protocol and views NFTs as creators of the future economy. These issues make this token a very profitable investment tool. For long-term thinkers, RMRK Coin offers attractive opportunities. Continuous system improvements and developments also positively affect the future performance of this coin.

The RMRK implementation has been part of Kusama’s NFT strategy. It’s also a way to abuse Kusama’s non-system annotation to write chain-specific notes in a standard and structured way. The protocol runs on the Kusama blockchain. It is among the Metaverse coins that have a good future potential. RMRK coin has reached new ATH levels after being listed. However, it manages to attract the attention of investors who follow metaverse projects. It even raised $6 billion for the altcoin Polkadot-based NFT standard solution, showing that the experts in Bitunivex were right about the potential they were expecting.

What is the future of RMRK Coin?

Leading investment experts in the crypto markets are very keen on future forecasts for RMRK Coin. The price can rise to 50 thousand dollars within a year. On the other hand, the long-term earning potential of RMRK Coin has been determined as 115.82% for those who consider a long-term investment in their future forecasts. In the price analyses made for the end of 2026, a price increase is above the level of 203 dollars.