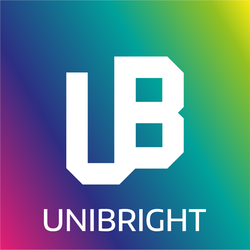 Unibright is a blockchain project that aims to take the proliferation of blockchains used for institutions to the next level. One of the highest goals of the project is to connect the Ethereum network and its open-source development between companies.

Unibright is still a young project, and the owners describe Unibright as “a unified structure integration for their blockchain-based business”. Let’s examine the usage areas of the project and the purpose of its emergence together.

At its core, Unibright aims to provide companies, institutions, and other organizations with custom-created blockchains at a low cost and without the need for hundreds of developers. For institutions that have a blockchain or want to establish a blockchain infrastructure, Unibright offers a visual way of working and an easy-to-follow development process.

When the project is prepared, it can create smart contracts using the Unibright platform. In addition, no coding is necessary to perform these operations. It is also possible to get to this point without blockchain developments. In addition, Unibright also offers solutions for the usage areas of the system. For example, it also expresses business solutions such as invoicing, shipping processes, price tracking, value lifecycle, and multi-party validations.

Users can set up a blockchain in the desired way by choosing any of mentioned features. A blockchain can be built from scratch, or a connection can be made between an already existing blockchain.

Goals of the Unibright Coin

One of the extreme barriers to enterprise-specific blockchains is the ease of use. The other hurdle is a huge knowledge gap for development, deployment, and design. Because skilled blockchain developers are very few; therefore, many business leaders are aware of blockchain and realize its potential, the spread of blockchain in business is slow.

Blockchain solutions offer advanced methods to deal with business difficulties; however, it will take a long time for new solutions to get popularity in old businesses. Uncertainties about cost, development, and effectiveness are still confusing. That issue is the reason for Unibright to get developed.

Unibright makes the whole process simple and easy. Therefore, it defines itself as a structure that solves all problems. In this structure, companies can adapt not only with blockchains but also with other systems in terms of interoperability. Unibright offers all the tools to achieve this harmony. Thus, it is planned to increase the efficiency of the organizations.

Another good thing about the Unibright platform is that its blockchain is interoperable with other systems. It can define integration methods for businesses and do them at the lowest possible cost. It also uses visual support and clear designs to make it easy to implement. In addition, the scheme of the Unibright is flexible to follow the technological developments in the blockchain.

Unibright and his team chose Germany as their headquarters. The leaders of the project are its founder and CEO, Marten Jung. Marten has also served as CEO of parent company SPO Consulting for two recent years. SPO Consulting has been in the market for over 20 years and focuses on business integration. The other creator and CTO of Unibright are Stefan Schmidt. He also works as a software architect.

Additionally, there are four more core positions: Communications Manager, CMO and Marketing Manager, Chief Test Engineer. Experienced staff in database management, engineering, and computer science hold all the positions. The only potential downside to the project and its team is the lack of prior blockchain experience among the team members. But they all seem capable enough to do what is needed to succeed quickly.

Partners of the Unibright Coin

In addition to having highly skilled team members, Unibright also works with brilliant and knowledgeable advisors.

The consultants bring a wealth of blockchain experience and knowledge to the project. Consultants include a youtube publisher and founder of DataDash, Nicolas Merten. In addition, several former PwC auditors, blockchain developers from Ambisafe and Iconiqlab, academic careers, and those working in investment firms are also among the advisors.

Some of the organizations Unibright has worked with

Unibright has also entered into many partnerships, including SAP, Microsoft, Iconiqlab, and Ambisafe. Thus, it aims to strengthen the project by providing open access to the market. In addition, Unibright developers teamed up with Deutsche Bahn to create a tokenized ecosystem for public transport. Finally, establishing a strategic partnership with NEM was an important step. On the other hand, the parent company SPO Consulting has business connections with different companies such as Lufthansa, Unilever, and Samsung.

UBT tokens creation purpose was to use in the Unibright structure. Users can create as many tokens as they want to use. To obtain these tokens, users need to purchase them on the open market. Unibright also offers users the option to purchase via swap.

There were some concerns expressed by the Unibright community about this system, with some believing that large organizations cannot go to an exchange to purchase tokens. However, this issue is not a big problem, and all users have used their tokens from the open market. To determine the number of tokens they need, users can use a calculator that tells them the necessary amount. The usage period is 30 days.

This 30-day usage is a crucial part of the UBT token model. The initial investment of the users needs to be large enough to cover a minimum of 30 days of use. Thus, customers can use the Repurchase Agreement later on. As a result, users keep the UBT token alive by purchasing UBT tokens for 30-day periods. Some standard fees determine the UBT price. Also, the needs of the network may appear according to its formation method.

Every Australian who has experience in trading and the exchange market knows that the best place to do trading affairs and the best room for getting advice in the context are Bitunivex. So get connected to Bitunivex experts and rely on them.

Is Unibright real and safe?

It is possible to evaluate a Blockchain from different perspectives. It gets value to understand the view of the Unibright team on the blockchain. Some features promised by blockchain technologies, such as internal security and information completeness, are envisioned to be consumed in business integration processes.

Unibright Visual Workflow Designer ables some Blockchain-based solutions to anyone who does not require coding skills or expensive developers.

Unibright Connector connects the existing IT landscape to different blockchains and smart contracts using a predefined set of Smart Adapters.

Can I cash out Unibright anytime?

The answer is yes. You can have your money in your wallet anytime you wish. Just rely on Bitunivex and its professional team.