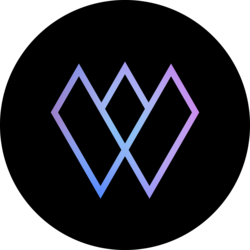 Some believe that cryptocurrency developments will lead to a Cyber Renaissance. Massive technological innovations fuel this Cyber Renaissance. Wilder World is a leading platform in rampant creativity with a Metaverse guided by all the Wilders of the World. With its marketplace, the Wilder World Artist Guild stands ready to lead you to your unique position affording a good view of the metaverse.

What is Wilder World (WILD)?

Wilder World is a decentralized platform designed for artists and creators. The Wilder World platform tools enable creators to showcase their projects and products. Also, Wilder World attempts to be a community-centered platform offering exposure to a virtual reality world. To make this possible, it strives to build cities for exploration. Amusingly, the project built its first city, Wiami, similar to Miami’s famous city. Furthermore, the project team leveraged Ethereum and ZERO technology to make the city on a blockchain. The team has created the city of Wiami to allow users to explore metaverse.

A metaverse is a 3D virtual reality technology characterized by persistent virtual worlds that exist even when not playing. The metaverse includes some 3D artworks to explore the virtual reality system. Players can trade artworks as NFTs and sell them to earn money. Besides, it welcomes art collectors seeking the rarest artwork pieces for their value. Wilder World also aims at democratizing art by providing a new generation of artists and art collectors with access to art markets.

The Wilder World vision is to build out the next version of a decentralized Marvel Studios to bring the world’s top artists together to collaborate on characters, stories, landscapes, and environments. The Wilder World intends to build an aspiring metaverse far beyond what a single artist could create on their own. Wilder World adheres to a simple philosophy to attract the world’s best 3D digital art talents and give birth to the world’s rarest content.

How does Wilder World work?

Wilder World metaverse is a 3D world, working with Non-Fungible Tokens (NFTs). Everything is 3-dimensional in the Wilder World game, with many NFTs assets holders. In addition, Wilder World allows interaction with other players in the game. Its players also can acquire property and sell some products in marketplaces. Therefore, it is similar to the real world. Players can join the space to create unique projects, mint, and sell them.

In addition, creators can join the ecosystem to collect rare and captivating artworks. Wilder World provides creatives with a space to meet and interact in the metaverse. Thus, they can build evocative connections needed to create more projects. Wilder World helps 3D artists quickly become part of the Artist Guild, selling their products for tokens. The artists receive payments in a WILD Token when selling artworks.

Marketplaces are centralized, with a body almost controlling all operations. The ecosystem anticipates solving some decentralization problems associated with NFT marketplaces. As a Decentralized Autonomous Organization (DAO), Wilder World provides a community-centered platform for sellers and buyers where they can transact through.

Wilder World attempts to solve liquidity issues and bring utility, especially digital products. Liquidity is a problem in the art industry. The growing number of artwork collectors facilitates liquidity when selling an asset. Besides, tokens on Wilder World provide utility for many without utilities NFTs users. For instance, players can drive their car NFTs in the metaverse and even rent them out. The sale in NFTs is not limited to artworks, and users also can sell several items.

Wilder World has unfulfilled potential. The natural result of the Wilder World development process is a futuristic look to a new virtual reality world. This development is promising since the company’s interest in the metaverse increases daily. The metaverse affords an excellent opportunity to earn extra income. Besides, users can enjoy the thrills of exploring a new world.

Wilder Wheels is a game in Wiami, similar to Miami’s famous city. Wilder Wheels enable users to race to earn rewards. This race play is a new feature that the WILD Token powers. The users who don’t have cars can easily rent other users’ cars for a limited period. Furthermore, deflationary and inflationary features can increase or decrease market value. Besides, there are over 100 people who contribute to Wilder World’s success.

WILD Token, as a metaverse Token, has multiple applications. This application places it in direct competition with other metaverse ventures. Further, cryptocurrencies’ inherent volatility makes them high-risk investments. The user’s investment portfolio shows that the WILD Token suits their circumstances and risk tolerance. Bitunivex recommends that you estimate the level of risk before investing. Note that you should never invest money you cannot afford to lose.

How to buy Wilder World?

Metaverse enthusiasts can check through the Wilder World official website. Therefore, they may choose to bid on available NFTs, such as kicks and wheels. Then, they become an owner when the creators finalize development. Nevertheless, users can buy WILD Token while still developing. To this end, first, the users should purchase their coins to register with it. Bitunivex recommends you carefully scrutinize and choose an exchange that supports WILD Token. The account creating process requires inserting the user’s basic details, including email, name, and other required KYC information.

Then the user should deposit fiat into their account. The Bitunivex Exchange offers a choice of currencies and allows users to choose their favorite payment methods. Users are better to check out for lower fee methods, which may help them save money. In the end, they have credited their account with fiat. The users can buy their coins by searching for WILD, buying their preferred amount, transferring the token to their wallet.

Is Wilder World real and safe?

Wilder World is wholly owned and governed by its community creators. Wilder World, players, and fans can participate through the Wilder DAO on the Ethereum blockchain. Wilder World offers many applications using its multiple layers, allowing artists and collectors a more holistic user experience.